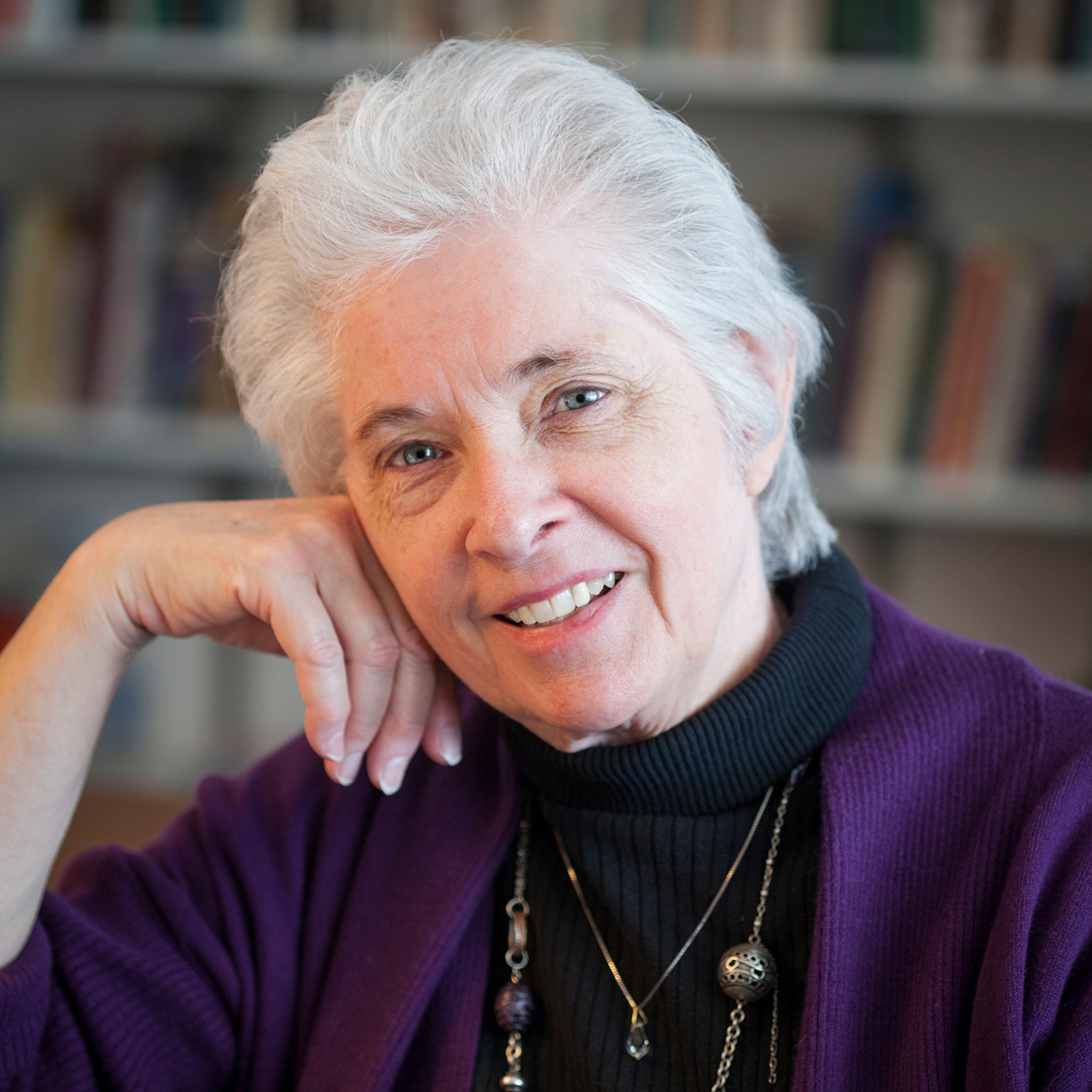 Judith Royer, C.S.J., who has taught for more than 40 years almost all aspects of theater – from playwriting to acting, directing and producing – is being recognized in a singular way: the Association for Theatre in Higher Education will now annually bestow the Judith Royer Excellence in Playwriting Award. She was previously honored by the association in 2008 with the Outstanding Teacher of Theatre in Higher Education Award.

Royer was also honored with a Lifetime Achievement Award from the Kennedy Center American College Theatre Festival for her 40-year career dedicated to developing and fostering the talents of theatre students. Since 1969, the Kennedy Center theatre festival has given more than 400,000 college and university theatre students the opportunity to have their work evaluated, to improve their dramatic skills, and to receive national recognition for excellence. Royer conceived and developed the Region VIII Respondents Workshop, which many other regions observed and subsequently instituted. The purpose of the workshop is to give constructive, structured feedback on the students' work as a complete theatre-going experience.

Nina Lozano, associate professor of communication studies, has been selected as the recipient of the National Communication Association (NCA) Feminist and Women's Studies Division's 2018 Scholar-Activist Award, in honor of her valuable contribution to feminist studies and her tireless activism in service of eradicating gendered violence. She will accept this award at the annual meeting of the NCA in Salt Lake City, UT. Lozano's areas of expertise include rhetoric, social movements, gender and politics. She earned her doctorate from the University of North Carolina at Chapel Hill and is a former Carnegie fellow, as well as a regular contributor to the Huffington Post and other political websites. Her book, "Not One More! Feminicidio on the Border," with The Ohio State University Press, is forthcoming in February of 2019.

Kristo Gobin, lecturer of Communication Studies, is the first in his family to attend college and is now completing his sixth year of teaching at LMU. He attended CSU, Northridge where he majored in Communication Studies. As a graduate student at San Jose State University, Gobin wrote and performed the first performance studies thesis at that school. He has gone on to perform his play at over thirty colleges and universities, and has had the honor of taking his show to Croatia, his ancestral land. For Gobin, teaching is the process of understanding one's self to understand others. Vital competencies are explored in his classes: empathy, community, inclusion, social justice, compassion, and love. He believes scholarship is at its best when it is fully embodied so that it lives through each of us – in the work we do, the relationships we cultivate, and how we include others.

Charles Peterson is a lecturer in Art History in the Department of Art at Loyola Marymount University. His published work studies themes of deception and sensory perception in the areas of Dutch illusionistic painting and the scientific, religious, and legal fields of seventeenth-century Europe. Charles is currently studying portraits reflecting the procedures for educating young princes and how they embody the political struggles of the exiled Bohemian court during the Thirty Years' War. He also writes on early modern collecting practices and early colonial Peruvian book illustrations. His commitment to instructional development has been recognized and assisted by the receipt of LMU's Summer Assessment and Core Course Development grants. He is the recipient of several teaching awards, including the UCSB Graduate Student Instructor Award. Charles earned his Ph.D. in Art History at the University of California Santa Barbara.

In 2015, Debra Linesch, Professor of Marital and Family Therapy and former Department Chair, received the "Distinguished Educator Award" from the American Art Therapy Association at their Annual Conference in Minneapolis. This award is conferred on a professional member of the Association in recognition of significant contributions to the education of professionals in the field of art therapy, specifically in the area of outstanding teaching and the development of innovative educational practices.

John's goal in teaching is to help students find the path that brings them joy and fulfillment. He challenges students to explore who they really are and how they want to show up in the world. Teaching brings out the best and expands every possibility in this world. Frustration turns to winning, tears turn to laughter, hard work and showing up cross fade to success.

Nenad "Neno" Pervan was born and raised in Sarajevo, Bosnia and Herzegovina. He earned his BFA in Acting from the Academy of Arts, Yugoslavia. In 1997 he graduated from the University of Tennessee, Knoxville, with an MFA in Performance. He has been teaching at LMU since 2007. Classes taught include Theatre History, Beginning Acting, Scene Study, Advanced Acting, and Voice and Movement. Neno also directed several shows at LMU, including Genet's The Balcony, Miller's The Crucible, Mastosimone's Extremities, Zadravec's Honey Brown Eyes, and Stages of AIDS. Neno collaborated with LMU faculty, staff, students, and guest artists on social justice themed projects such as Revolutions of the Heart, Shinsai Theatres for Japan, From Sarajevo With Love, "8", Trial by Fire, Artists Speak, The Trial of God, and Samarkand.

Rosalynde LeBlanc Loo, Assistant Professor of Theatre Arts & Dance, has won the prestigious Graves Award in the Humanities to create an interdisciplinary, core curriculum class at Loyola Marymount University that examines "the interconnectedness of dance, culture and history."

The award includes a $12,000 stipend to support her research, which will focus on the work and methods of renowned choreographer Bill T. Jones. In particular, she will examine his work,"D-Man in the Waters," the dance he created in 1989 about the AIDS epidemic at its height.

Bryant Keith Alexander, professor of communication and performance studies and dean of the College of Communication and Fine Arts, has been selected as the recipient of the 2018 National Communication Association (NCA), Ethnography Division Best Special Journal Issue Award for "June 12, 2016: Terrorism and Hate in Orlando, America—Poetic and Performative Responses" Qualitative Inquiry (2017), 23.7, 483-571. He and his co-editor, Mary E. Weems will accept this award at the annual meeting of the NCA in Salt Lake City, UT.

Alexander is also the recipient of the 2016 Caucus on Gay, Lesbian, Bisexual, Transgender and Queer Concerns of the National Communication Association, Randy Majors Award for GLBTQ Scholarship for remarkable contributions to advancing GLBTQ scholarship. And recipient of the 2016 H.L. "Bud" Goodall, Jr. and Nick "Gory" Trujillo "It's a Way of Life" Award in Narrative Ethnography (Best Article/Alternative Text). The Inaugural Award was presented for an essay that "exemplifies excellence in storytelling informed by scholarship and intended for both scholarly and public audiences." For the article, "Memory, Mourning, and Miracles: A Triple-Autoethnographic Performance Script," lead, coauthored Claudio Moreira and Hari Stephen Kumar (published in the International Review of Qualitative Research, 8.2, Summer 2015, pp. 229-255).