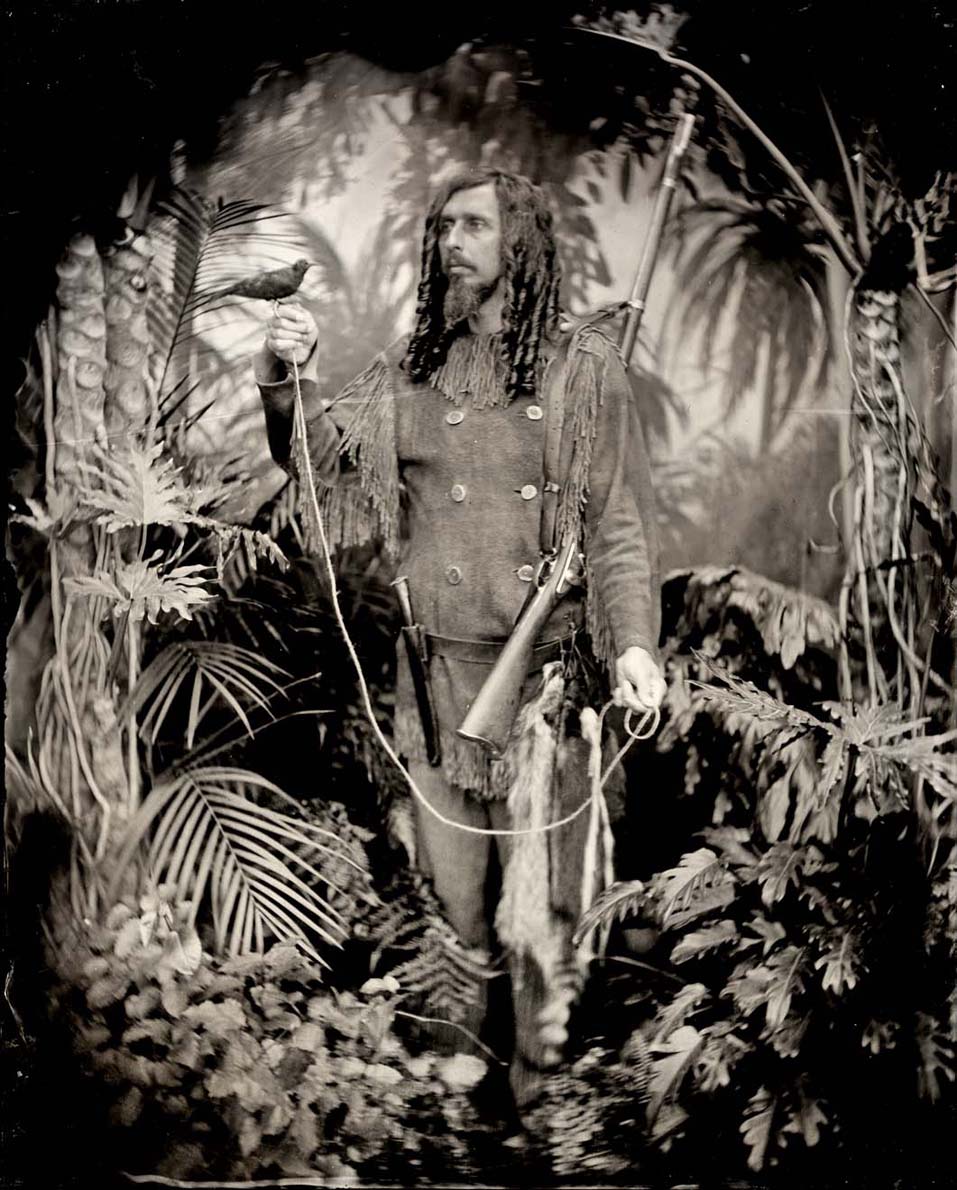 The Sharp Shooter and the Song Bird, ambrotype

Berkman's work revolves around the use of antiquated photographic and optical processes. Berkman exploits the archaic quality of the wet-collodion process, which dates back to the 1850s. His work seeks to refute the notion of history being a closed circuit; instead history is viewed as a work in progress, still receptive to moments of serendipity. In his book Photography's Antiquarian Avant-Garde Lyle Rexer states "Stephen Berkman finds in the ambrotype an opportunity for theatrical fabrication, with history itself as a collaborator. Berkman uses collodion to anchor implausibility and give unreality a historical patina. He stages elaborate tableaux with 19th-century characters performing for some obscure purpose." Berkman's installation work explores the era of pre-chemical photography, both literally and philosophically. While his constructions encompass optical projections and sculptural reinterpretations of the camera obscura, his body of work as a whole examines the intrinsic nature of photography, when it was possible to create fleeting images, but impossible to fix them into permanent photographs. The search to rediscover the temporary nature of pre-photographic history, the scientific interplay of light and optics and the quest for optical amusements, also known as philosophical instruments, are uniquely considered throughout Berkman's work.