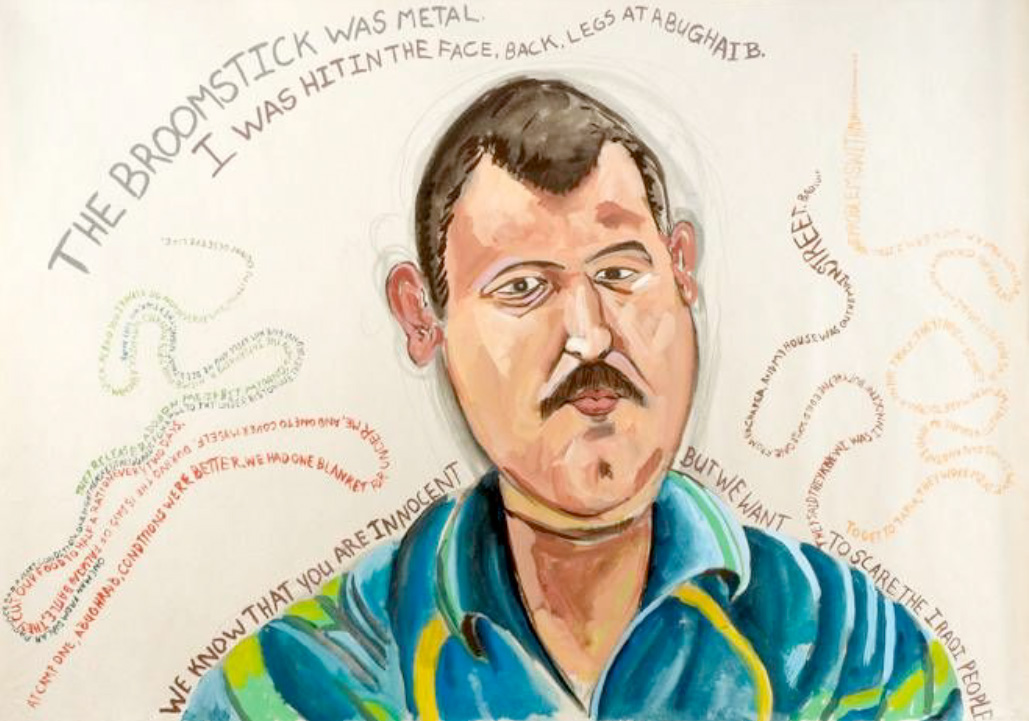 Bearing Witness: Daniel Heyman featured portraits of individuals who have endured great personal hardship – former Abu Ghraib detainees, African American fathers who have been in and out of jail, and new immigrants to the United States. Heyman incorporates the subject's own words into his compositions. Robin Wagner-Pacifici writes, "in doing so, [Heyman's] portraits restore dignity and individuality to those who have been deprived of their most basic human rights."

Daniel Heyman is a painter and a printmaker and a very good listener. He had the rare opportunity to accompany human rights lawyers to Amman and Istanbul between 2005 and 2008 to sit in on interviews with dozens of former Abu Ghraib Prison detainees. While the men opened up about the atrocities they had suffered, Heyman drew their portraits and interwove excerpts of their testimony onto engraving plates or sheets of paper. He worked quickly expressly making sure to complete the portraits by the end of the interview sessions. Their lives had been so damaged and their words had been so twisted at the hands of others, that Heyman wanted to give as direct a translation as possible. Susan Burke, the attorney who invited Heyman to be a part of these interviews, had the incredible foresight to understand the power of art to disseminate these men's horrific stories. Heyman had the artistic sensitivity to convey their experiences with great respect.

Other gouaches and prints in the exhibition explore the Iraqi war and the United States' war on terrorism from different perspectives. A large scale (10 x 12 foot) etching on ply-wood entitled When Photographers Are Blinded, Eagles' Wings Are Clipped (2009-10) examines our limited access to images and news of what is happening in Iraq, Afghanistan, and other parts of the world. A portrait of a young, retired Marine who was stationed at Guantanamo gives insight into the high toll that war takes on the lives of soldiers.

Closer to home, Heyman used the same artistic process in Philadelphia when he painted portraits in 2008 and 2009 of another group of individuals who have had little opportunity to tell their stories. He met seven poor, recently incarcerated African American fathers who were making a great effort to turn their lives around. Heyman wrote, "I was impressed by the honesty with which they shared their thoughts and their life stories." What began for him as a limited commission for a one-day "Philly Fathers" exhibition three years ago has grown to a seven portrait series of fractured, but healing, urban lives.

Hot off the press is a new series of lithographs that Heyman created at North Dakota University. This series of portraits with words focuses on recent immigrants to the United States and the struggles they endured in their former countries and here in the U.S.. Osob, a woman from Somalia, walked from Mogadishu to Kenya with her family; her father was kidnapped by partisan militias along the way. When she arrived in Texas, she suffered further abuse getting beat up everyday on her way to school. She and her family eventually moved to Minnesota where they found a more welcoming community of other Somalis. 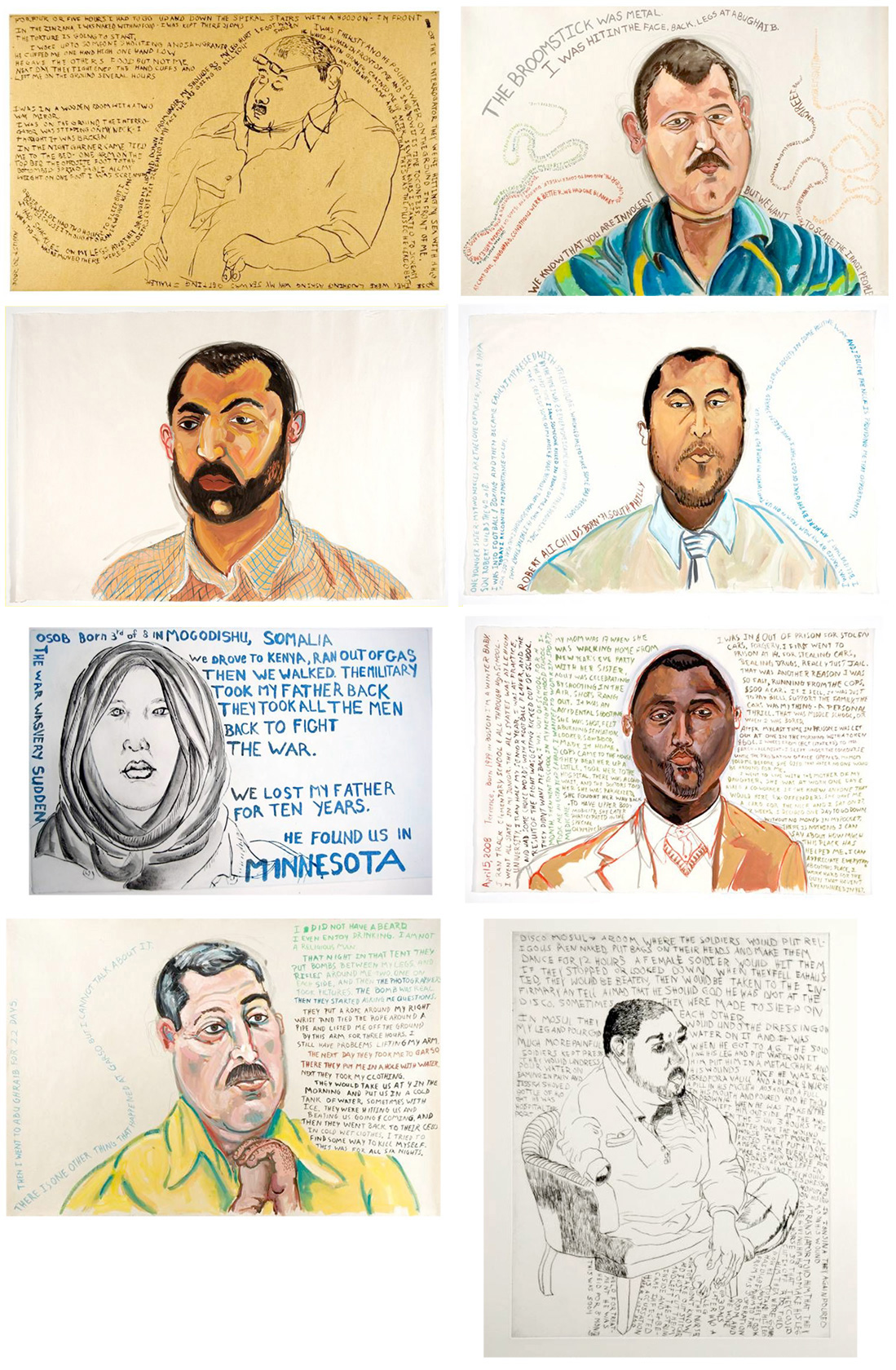