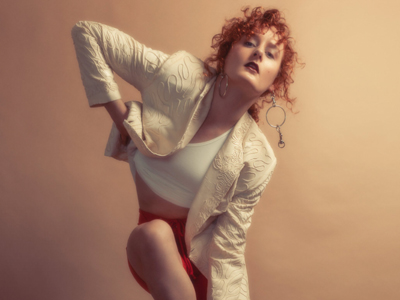 A multifaceted dancer and choreographer, Charissa morphs seamlessly between TV, Film, Music Videos, Contemporary Dance Companies, Commercials and Opera. Her work as both a performing artist and creative has included collaborations with notable brands and artists such as Netflix, Chanel, HBO, Anderson Paak, Ford Motors, Free People, Paul Thomas Anderson, Dua Lipa, and The Colbert Show. Charissa is a Southern California native, who received her B.A. in dance from Loyola Marymount University and furthered her training at the San Francisco Conservatory of Dance under Summer Lee Rhatigan and former Batsheva star Bobbi Jene Smith. Charissa has been a part of numerous creative teams, operating alongside prolific artists such as Ryan Heffington and Tony Testa. Internationally she has toured with the Grammy winning artist Lorde and in Daniel Ezralow’s company, Ezralow Dance. Tennis superstar Serena Williams selected Charissa to be a dance brand ambassador for Ms. Williams’ apparel line, “Serena: Be Seen, Be Heard.” Charissa’s choreography premiered at SXSW festival— a film entitled ‘Aviva’s Dance,’ which was featured in the movie AVIVA. Most recently Charissa has been performing in a live show at the historic Roosevelt Hotel called “On the Fringe” created by director Tracy Phillips, and just wrapped work on a film adaptation of critically acclaimed Broadway Musical, “The Prom” directed by Ryan Murphy, which is set to release on Netflix in December 2020.

What creative projects are you currently involved in?

As a dancer: Currently I am wrapping up work on a new Ryan Murphy film, The Prom, adapted from a Tony nominated Broadway musical. Catch me singing, dancing, and frolicking alongside Meryl Streep, Kerry Washington, and Nicole Kidman. I am doing some post-production work on a new short film I danced in for WHYTEBERG. Twice a month I perform in a live show entitled “On the Fringe” at the historic Roosevelt Hotel in Hollywood.

As a choreographer: My choreography can be seen in the newly released film Aviva, starring Bobbi Jene Smith. I was honored to be able to cast the brilliant — the one and only — Roz LeBlanc in my piece.

What is something you gained from the LMU Dance Program that is still with you today?

LMU is honestly where I fell in love with dance. My university education is carried with me on a daily basis. First off, I feel fortunate to have worked with some of my LMU mentors in a professional setting (Roz, John Todd, Lillian Barbeito, and Jason Myhre) and other professors have provided me with opportunities or connections that have been cornerstones in my professional career. I think about LMU’s motto - “education of the whole person” - as a way of instilling a sense of balance in my work. I can hear Judy Scalin’s words “mind, body, spirit” resounding beautifully in my ears. In the LMU program I was exposed to and thoroughly educated in many styles of dance, and because of that my versatility has been an asset. I always valued each movement vocabulary with a sense of equality, and learned how beautifully the different genres of dance informed one another in my work.

The network I gained from LMU colleagues as well as professional companies rehearsing in LMU studios connected me to the contemporary dance community in LA which launched my professional career. Meeting LA choreographers through the weekend jazz intensives was invaluable, and led to me signing with my first commercial agent.

And lastly I learned to value each person and the individual path they are on:

No matter what our path is, we are champions of the art of movement and educated in its history, diversity, and power to transform, heal, and connect.

How is dance meaningful to you, and how has it influenced your artistic goals?

Dance is the language I always come back to. It’s a home. It’s a meditation. It’s a memory box. Its infuriating... at times. It’s where Ive gotten as close as humanly possible to flying. It’s where I’ve touched a stranger and instantly connected on the deepest of levels. It’s my favorite thing to talk about. It’s the catalyst through which I learned many important life lessons (before I knew I knew them) and also where I’ve learned so much about myself. Is world domination a sufficient life goal? Albeit dramatic I honestly feel like my goals are constantly growing in size and weight. At the same time as I age I feel more satisfaction with life’s little "wins." Getting to collaborate so closely with directors, writers, music artists has definitely inspired me to want to create more, and be at the front of the room calling the shots and creating worlds and artistic content that have yet to be seen. I would love more opportunities and platforms to give back to through my art — finding more ways that my art can heal others and not just myself!