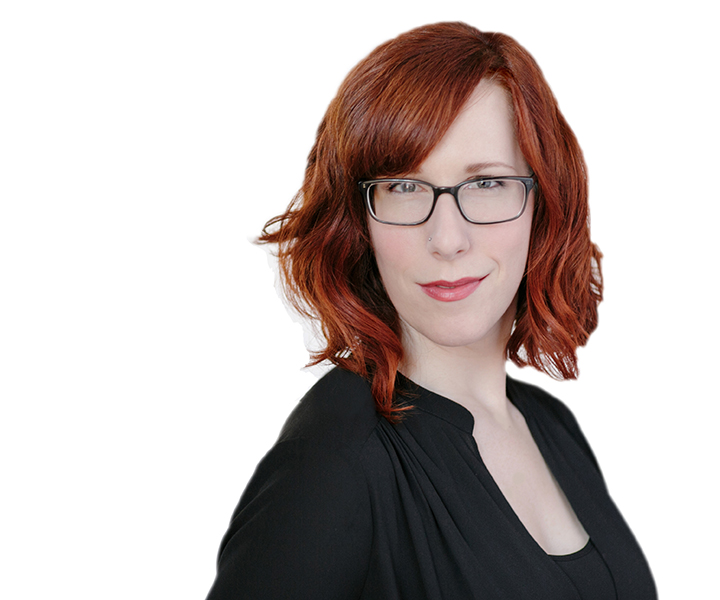 “Having a well-rounded liberal arts education at LMU set me up for success in graduate school. My writing and language skills were strong, and was able to balance the academic side of things with the performance-oriented work.”

What have you been doing since graduating from LMU?

After graduating from LMU in 2005, I moved to Boston for the Master’s program at New England Conservatory. There, I studied with Carole Haber and participated in the opera and contemporary music ensembles. After graduation, I started working part-time at the Massachusetts Institute of Technology and built up my performance career. A year ago, in order to expand my arts administration experience, I took a job for Boston-based chamber music ensemble, Sheffield Chamber Players.

I am on the alto rosters for Boston Baroque and Lorelei Ensemble; sing regularly as a soloist with local choral groups; perform the occasional musical theater role with local Equity theaters; collaborate regularly with composers on new works; perform chamber music often; and I have appeared with Beth Morrison Projects, St. Petersburg Opera, Boston Modern Orchestra Project, Odyssey Opera, Guerilla Opera, Boston Midsummer Opera, Lyric Stage Company of Boston, Intermezzo Opera, Opera on Tap Boston, and Handel & Haydn Society Outreach, among others. In addition, I am often part of ad hoc choral groups for recordings and performances, as well as weddings, funerals, and other events. I am a soloist and ensemble member on albums with Odyssey Opera (The Importance of Being Earnest); Boston Modern Orchestra Project (Four Saints in Three Acts; Kati Agócs: The Debrecen Passion); Monadnock Festival Orchestra (Our Town); and Lorelei Ensemble (Live Know Love; Reconstructed; Impermanence; love fail). Early in my career, I also studied and performed at Seagle Music Colony, OperaWorks, and Brevard Music Center.

Lorelei Ensemble has been a major part of my singing career—I have been a core member since 2008 and currently run social media for the ensemble. Recent highlights with the group include the role of the nursing sister in Puccini’s Suor Angelica with the Boston Symphony Orchestra, collaborations with GRAMMY-nominated ensembles Cantus and A Far Cry, and appearances at The Isabella Stewart Gardner Museum, Carnegie Hall, the Metropolitan Museum of Art, and Tanglewood Festival of Contemporary Music. Lorelei is scheduled next season to premiere Julia’s Wolfe’s Her Story, a co-commission by the Nashville Symphony, Chicago Symphony, San Francisco Symphony, Boston Symphony, and National Symphony Orchestras.

I divide a typical day up into non-singing admin work, rehearsal time, personal practice time, performances, and singing business work (answering emails, sending out my materials, updating my website, etc.). Some days, it’s impossible to do every one of those things, so I plan my week out to be sure I get everything done. When I have a gig coming up, rehearsals are 4-6 hours a day, 5-6 days a week, usually in the afternoon or evening.

I typically start each day with exercise and some vocalizing, and dedicate most of the work day to my admin jobs, interspersed with practice sessions, voice lessons, repertoire research, and other projects. It certainly involves a lot of time-management and organizational skills.

How did your undergraduate studies prepare you for your career?

Having a well-rounded liberal arts education at LMU set me up for success in graduate school. My writing and language skills were strong, and was able to balance the academic side of things with the performance-oriented work. I left school with a strong technical foundation as well as a solid education in the basics of diction, history, theory, and stagecraft. My time in the LMU choruses also prepared me for the ensemble work that is a big part of my career now. While solo singing is usually the focus of music education and the career most aspire to, I have found ensemble singing to be extremely satisfying and challenging, and it allows me to earn a good portion of my income from performing.

How did you decide to major in music?

I came to LMU because of a combination of factors, including financial aid, academics, student life, and more. While I hadn’t intended to study classical voice, it felt like a good fit as soon as I learned my first art songs for college auditions; and it quickly became clear that it was the right choice for me. I was able to develop a strong technical foundation, explore my affinity for languages, and continue honing my stagecraft.

I started my freshman year as a music and english double major with a minor in dance. I eventually dropped the English major, but stuck with the dance minor, which was a great way to stay active; and I even worked with a choreographer who incorporated my singing into his work. It has been a huge asset in my performing career to be able to move well on stage and grasp choreography quickly—I even go to the occasional musical theater dance call and manage not to embarrass myself too much!

What was your favorite aspect of the music program?

I loved my time in the Choruses—both for the musical experience as well as the friendships I developed with my fellow singers. I also appreciated the size of the program and being able to take classes with non-voice majors, rather than being in classes exclusively with other singers.

Any advice for current and future music students?

Be well-rounded; immerse yourself in lots of different musical styles; learn and perform things that feel outside of the box for you; collaborate with your classmates; seek advice from many sources, but don’t believe everything you hear; don’t go into debt; develop skills outside of singing that will help you earn a living; early in your studies and career, say yes to as much as possible; then, learn when to say no.