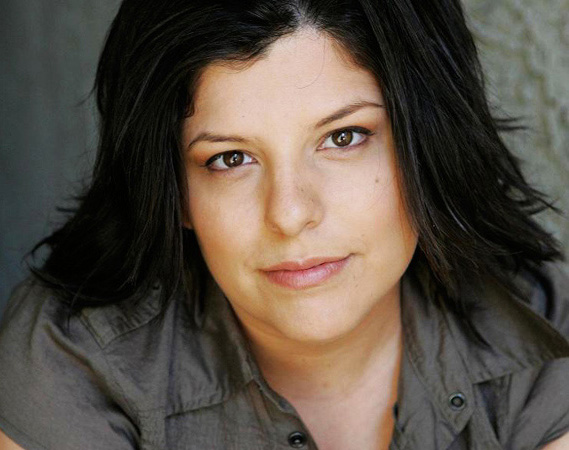 Karen Anzoategui received her B.A. in Theatre Arts from Loyola Marymount University in 2005. Right after graduating from LMU, Karen decided to write a solo show. Now, she is most known for her one woman show Ser: L.A. vs. B.A., a Queer transnational tale, originally inspired by conservative immigration legislation HR4437 in 2006 and social manifestations in Argentina. Ser: L.A. vs. B.A. was a finalist selected by Reg E Gaines (writer of the book and lyrics for the Tony® Award-Winning Broadway

musical Bring in 'da Noise, Bring in 'da Funk) for the Downtown Urban Theatre Festival in New York City in 2012. Karen has also presented her solo work as the keynote performer at Arizona State University's Local to Global Justice Conference, MALCS (Mujeres Activas en Letras y Cambios Sociales) at UCSB, was a featured performer at the City of West Hollywood One City/One PRIDE Festival 2012, La Peña Cultural Center in Berkeley, MACHA Theatre, 2011 Hollywood Fringe Festival directed by Che'Rae Adams, to standing ovation crowds. An excerpt of Ser: L.A. vs. B.A. has been presented at: REDCAT, Nate Holden Center with Teada Prod. and L.A.C.E. where it was directed by Dino Dinco.

Besides the positive response from her one-woman show, Karen also acts in ensembles. She was recently nominated by Broadway World Awards for Best featured Actress in a Musical for her role as Rita in the rocker-play Evangeline the Queen of Make Believe written by Louie Perez of Grammy winning Los Lobos, Rose Portillo and Theresa Chavez of About Productions with original members David Hidalgo and Louie Perez starting the national tour this March, 2013.

Karen is also an actor, dancer and artivist with Autonets created by Micha Cardenas exploring networks, autonomy, safety, anti-violence, resistance within the LGBTQI community and have presented at the Zero One Biennial at MACLA in San Jose and will be publishing their work soon in Emergency Index.

Her second, groundbreaking solo show, Catholic School Daze, sets the stage for her experience at Catholic high school where she was bullied by the administrators for being "gay" before she even knew she was queer and explores issues of sexuality, religion, bullying, suicide within the LGBTQI spectrum and self-mutilation. CSD was presented at Highways Performance Space in Santa Monica, La Peña in Berkley and was selected for the curated series STUDIO for the REDCAT Theatre. Karen is continuing to workshop CSD in 2013.

Karen is an activist with the LGBTQ communities and has worked within the HIV field since 2005. With her work in the HIV community, Karen gave birth to her infamous character VISA who is a transgender/sex worker/activist. Karen is in pre-production on a short documentary film with famed Chicana artist, Alma Lopez on Karen's creation/inspiration of VISA.

Karen is also a stand-up comedienne featured on SiTv's Latino 101 and throughout venues in Los Angeles. Such as the Ice House, Comedy Store, Flappers, The Mbar and the Jon Lovitz Club. Some of her TV work includes a web-based sitcom pilot for NBC called The Good Ol Boys and voiceovers for LATV with Rick Najera's the Homies Hip-Hop Show.