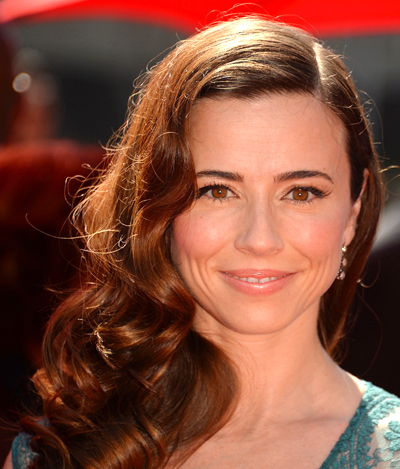 Linda Cardellini's breakthrough role came when she was cast in Freaks and Geeks, which won an Emmy in the Category of "Outstanding Casting for a Comedy Series."⁠ In television, she is known for her leading roles in the medical drama ER, the drama thriller Bloodline, and the dark comedy Dead to Me which she also produces. She portrayed 'Don Draper's' married mistress in a guest arc in the sixth season of Mad Men, for which she received her first Emmy nomination for "Outstanding Guest Actress in A Drama Series."

In film, Cardellini starred in the film American Gun, the debut feature of LMU Alum director/co-writer Aric Avelino, which earned a Best Picture nomination at the Independent Spirit Awards in 2007. She also delivered a heartfelt performance in Ang Lee's Brokeback Mountain which garnered an Academy Award nomination and Golden Globe win for Best Picture and Outstanding Ensemble in a Motion Picture Drama by the Screen Actor's Guild. Other films include Legally Blonde, Marvel’s Avengers: Age of Ultron, and Avengers: Endgame, the comedies Daddy's Home and Daddy's Home 2, The Founder, and the horror film The Curse of La Llorona. She starred in the drama Return earning an Independent Spirit Award for Best Female Lead. Cardellini is known worldwide for her portrayal of Velma Dinkley in the Scooby-Doo films.

You can also see her as Mae Capone starring opposite Tom Hardy as Al Capone in Josh Trank’s film Capone.

⁠"LMU was an incredible playground and building block for my career and my life in Los Angeles. The teachers, staff and students gave me a community of creative, collaborative, and wonderful people to rely on as I ventured out into the unknown as an aspiring actor. I didn’t have to start over in a new town like so many do when they come to Los Angeles. I still have my college friends."